When I was a kid I used to draw at least once or twice each month. For example, this is a drawing from when I was thirteen: 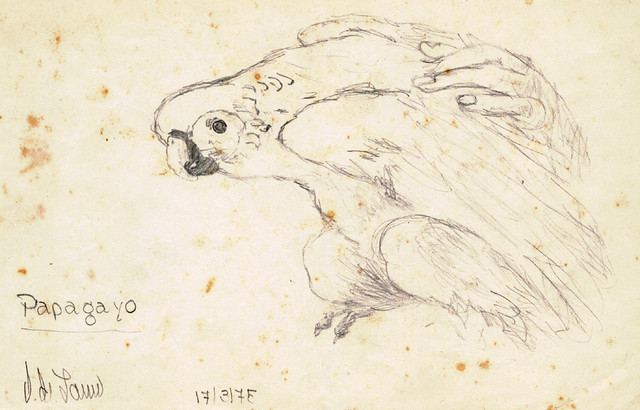 The macaw in the Tiepolo painting 'A young Woman with a Macaw'.

This is the macaw in the Tiépolo painting "A young Woman with a Macaw".

I remember to save the allowances from my grandfather and money birthday gifts, to expend them buying the best paper, regular (HB, 2B, 4B) and charcoal pencils, and other related stuff, that such small amount of money could buy. 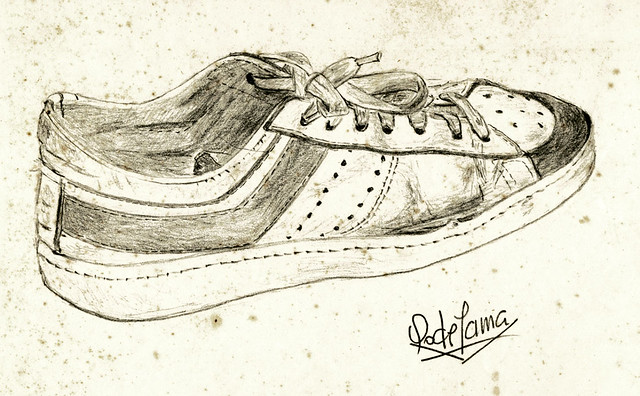 My beloved sport shoes. I loved them because I liked them a lot, and now I think I loved them also because they were among the first things I bought with my own earning, not with dad money.

Nowadays I have decided to come back to this hobby. To make easier my come back I have bought two books: 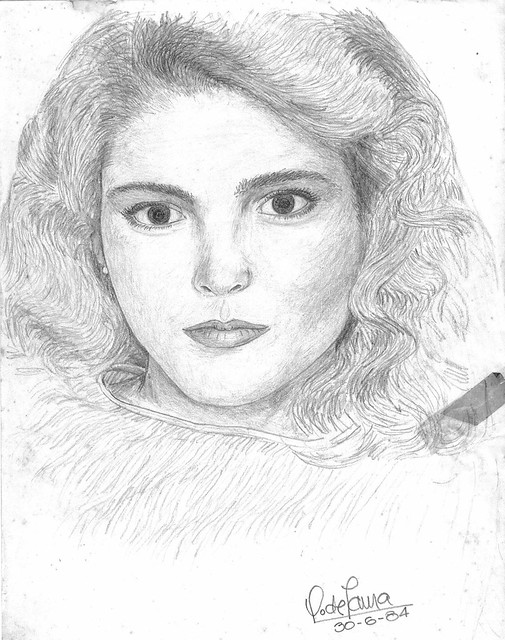 The manga style, in general, has influenced the way the cartoons are drawn today. If you look a cartoon from some years ago, like this from Walt Disney "The Sleeping Beauty", you will see its face is —more or less— anatomically correct:

If you check nowadays cartoons, you will find the manga influence:

These are Anna from Frozen (Walt Disney), and Jack from Rise of the Guardians (DreamWorks).

Of course big eyes is not the only characteristic of the manga style, the mouth and nose are de-emphasized as well, which is so obvious in the case of Anna.

In this video, Mark Crilley shows how to draw a manga face in three different ways. Trying to replicate the first way, I got Kazumi: 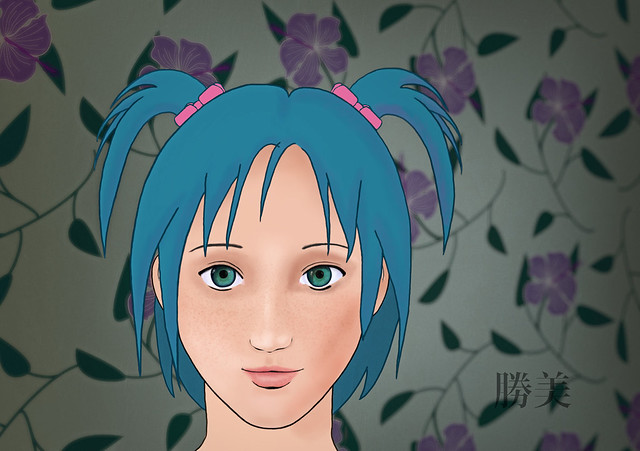 This is my very first digital drawing. I have played to sketch few minutes using PS and Sketchbook, but this is my first attempt to make complete a drawing and get something reasonably well done. It took me a lot of time, like 8 hours, not in a row, of course. In general, considering digital and traditional pencil and paper, I can't recall when was the last time I did a complete drawing.

I used Krita to make this drawing. Here below is the sketch and guides as suggested by Mark.

At this stage, the drawn could be turn out to be a girl or a boy and not certainly Japanese. Then, after inking her face and sketching her hair I got this:

I think Kazumi looks now like a sweet little girl. Her hair is a mess. I didn't know how to handle it. The color I choose for it is a sign of that. Now is the turn to add the under-painting, in this case just solid color to have an idea of how to finish it.

At this point I noticed Kazumi was arose as a Japanese girl. I looked up for female Japanese names and the meaning of Kazumi harmonious beauty seemed the right choice for her.

As a cartoon, the previous result is the final product. In Mark's video, being a pencil and paper drawing, the result doesn't even have color. However, the shadows in her eyes added enough depth to make me think there was a 3D drawing hidden in this 2D one.

At this stage I tweaked the base colors and added highlights and shadows to her face, neck and hair. Also I cloned, and changed a little, her left pony tail to get right one. Finally, I used this pattern as background to get the almost finished image. 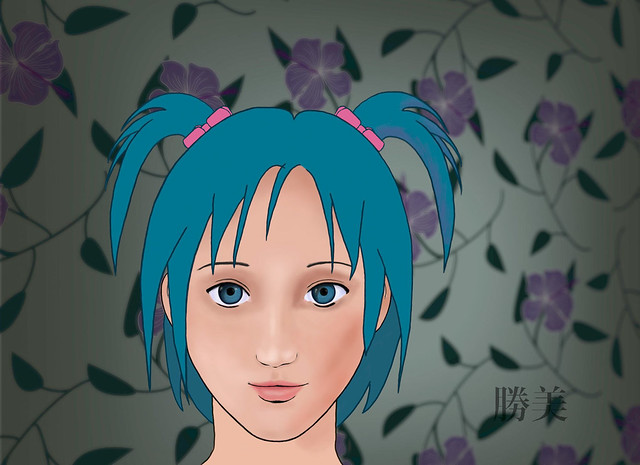 As final touches I worked a little more on her eyes to add more detail and make them greener, the same on her lips, adding the cracks that normal people have. Also I added some freckles and noise to the sweet Kazumi.